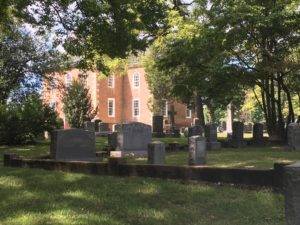 The Aquia Church Cemetery is among the oldest cemeteries still in use in Stafford county with the first recorded burial, of Hannah Maines, taking place in 1838. Owing to the development of Stafford county over its history, many small family cemeteries were also moved to Aquia over the years.  The oldest known tombstone is that of Elizabeth Simson, which dates to 1698.

A few notable graves include:

A listing of graves may be found on our Plots of Graveyard Burials page.