Aquia Church's Gallery Choir is open to adults and high-school age youth who desire to enrich our worship through signing.  This ensemble performs at the 10:30 service from the Sunday after Labor day through Trinity Sunday, inclusive, and all levels of experience are welcome.

We are actively looking for new singers to join this choir -- particularly lower voices -- and interested parties are encouraged to contact our Director of Music, Trystan Bennett, at musicdirector@aquiachurch.org, stop by a rehearsal, or visit the choir loft after the 10:30 AM Sunday service. 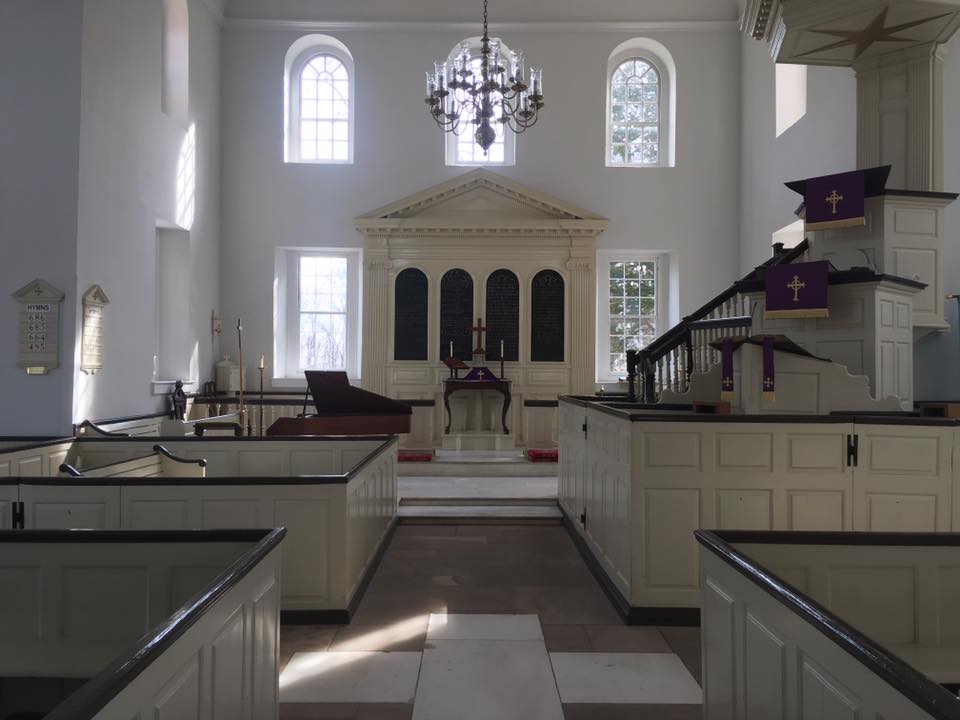 The Gallery Choir provides musical leadership at the 10:30 AM Service and draws its name from the ‘West Gallery Tradition’ of music, also known as ‘Georgian Psalmody’, that would have been prevalent at Aquia Church when constructed in 1753.

Our repertoire ranges from Gregorian Chant and Renaissance Polyphony to newly composed works and is drawn from both contemporary and ancient sources within the rich Anglican and Episcopal tradition.

In keeping with the name, this ensemble also makes a point of providing church music that was either composed or prevalent in early America, such as the music of William Billings and the derivative ‘Sacred Harp’ and ‘Southern Harmony’ traditions that would manifest later.  We welcome the unique opportunity to perform Colonial Sacred Music in it’s original context in our actual Colonial-era Church.

Rehearsals are held on Thursday Evenings from 7 PM to 9 PM beginning in the Music Room and concluding in the Church’s Choir Loft.